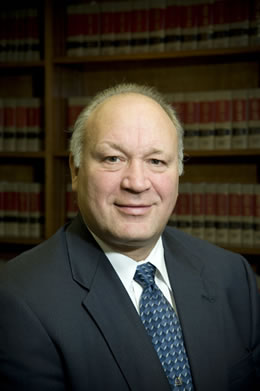 An Ohio Valley native, Thomas Myers has been dedicated to serving the needs of injured workers and disabled in Ohio for over 30 years. In 1976, Mr. Myers received a B.S. in American History from The Ohio State University. He is a 1980 graduate of The University of Dayton Law School, where he was a recipient of the American Jurisprudence Award, and served as a member of the Dayton Law Review.

Mr. Myers is licensed to practice in Ohio, West Virginia and Pennsylvania. He predominately practices in the areas of Ohio Workers’ Compensation, Personal Injury and Criminal Defense.  He is certified by the Ohio State Bar Association as a Workers’ Compensation Specialist.

Mr. Myers served as General Counsel for District 6, United Mine Workers of America, from 1981–2006. During this time, he represented coal miners and their local unions in labor disputes with coal companies, which included practice before the National Labor Relations Board, The Mine Safety & Health Review Commission, and extensive litigation involving labor disputes in the Federal Courts in both Ohio and West Virginia.

Myers White LLC has entered into an agreement with the International United Mine Workers’ of America for the representation of coal miners in the Ohio Valley with respect to their Ohio Workers’ Compensation claims.  The firm has also agreed to interview and represent any miners with respect to legal matters within the firm’s practice areas. 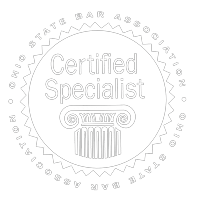